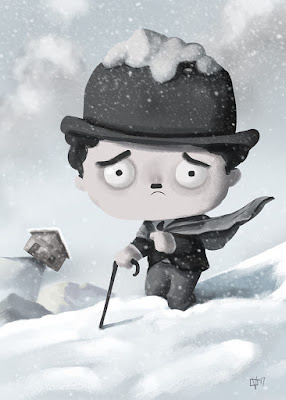 Appearing as the Tramp or, as Chaplin used to call him, "the little fellow", in movie masterpieces such as Modern Times, City Lights, The Gold Rush, and the Great Dictator, Chaplin imbued his character with boundless humor and pathos. His films are still immensely entertaining and relevant nearly 100 years after they were made.
Posted by Jeff Victor at 9:58 AM No comments: 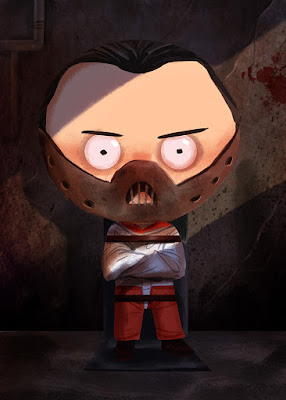 When I watched the first half of Silence of the Lambs on VHS, it was about 4 months before I saw the end. It was so disturbing to me, I really didn't want to see the finale. Hannibal was a big reason for that. While Buffalo Bill is a more 'realistic' killer, Hannibal is a masterful creation. Depraved, cunning, and ferocious, but also refined, polite, and intelligent. (Plus he was a pretty amazing artist. I couldn't draw the Duomo from memory nearly as well, haha.)
Posted by Jeff Victor at 10:38 AM No comments: 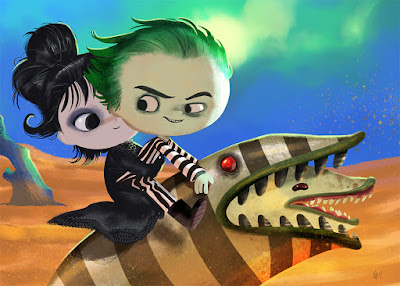 When I first saw Beetlejuice I was amazed at Tim Burton's boundless creativity in crafting an entire world full of scary yet humorous creatures. However, none are as indelible as Michael Keaton's tour de force performance as "Bio- Exorcist" Beetlejuice. Funny, annoying, and disgusting all at the same time, Beetlejuice is one of film's most memorable characters ever.
Posted by Jeff Victor at 8:19 AM 1 comment: 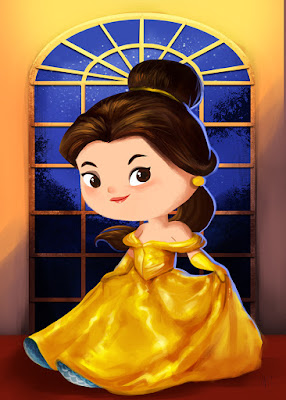 When I first saw Beauty and the Beast as a kid, Belle was a revelation. Disney princesses had up until then had been passive characters, not having much personality or agency. Ariel was the first to break the mold in the new generation of Disney women, but Belle really drove the point home. She was smart, kind, empowered, and romantic.  (Full disclosure: as a young teen, I also may have had a slight crush on her too.)<3 p="">
Posted by Jeff Victor at 10:42 AM 1 comment: 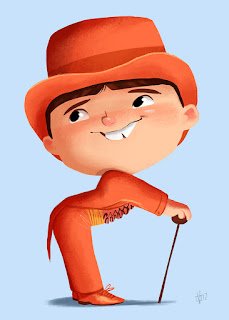 Jim Carrey is absolutely hysterical as Lloyd in Dumb and Dumber. I don't think I've ever laughed so hard in a movie theater. I really don't know what else to say, he's just hilarious. 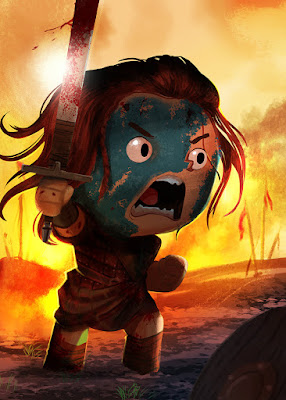 I fully recognize that a lot of people now think Mel Gibson is an unbelievable jerk, but when I saw Braveheart back in 1995, I was blown away. Gibson's largely mythological portrayal of Scottish freedom fighter William Wallace totally captured my imagination. I'd never seen such an incredible portrayal of medieval combat on screen before. Plus, he gives arguably the most rousing pre-battle speech in cinema history.
Posted by Jeff Victor at 11:28 AM 2 comments: 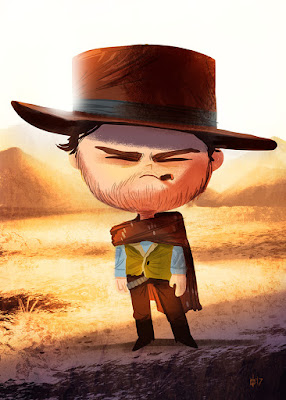 Appearing in 3 Sergio Leone westerns, Clint Eastwood made a name for himself appearing as "The Man with No Name". He's called Blondie in the Good, the Bad, and the Ugly, so that's what I'm calling him here. Possessing a super relaxed attitude, Blondie is tough, lethal, honorable, and funny, and it's no wonder the character made Eastwood a huge star.
Posted by Jeff Victor at 8:53 AM No comments: 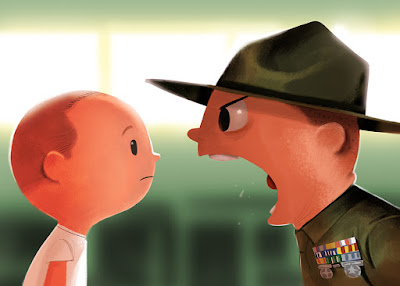 Stanley Kubrick is one of my favorite directors, and Sgt Hartman is one of most entertaining characters from all of his movies. R Lee Ermey gives such a memorable performance, he essentially defined the way drill sergeants would be depicted in films from that point on. Doing a riff on this character in films like Toy Story, the Frighteners, and many more, Ermey leaves a permanent impression.
Posted by Jeff Victor at 11:33 AM No comments: 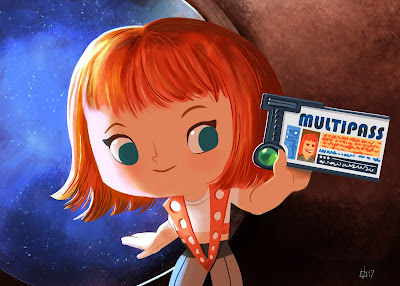 Coming in at #28 is Leeloo, from the Fifth Element. This is a total guilty pleasure movie, and Leeloo is by far the best thing about it. While not exactly a 'deep' character, she's absolutely adorable, possesses amazing power, kicks butt, and projects an insane amount of emotional vulnerability, all while being a completely unique sci-fi creation. 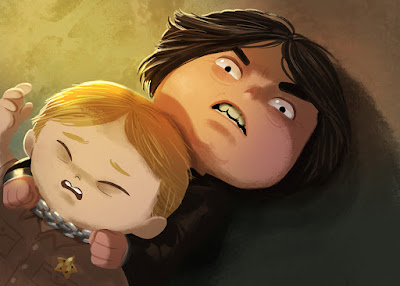 One of the greatest screen villains of all time, Anton Chigurh from No Country For Old Men is absolutely mesmerizing. Chilling in his ruthless, murderous efficiency, Javier Bardem won a well deserved Oscar for his performance.
Posted by Jeff Victor at 11:46 AM No comments: 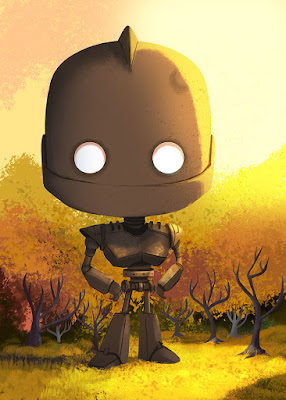 Wow, it's been a while. Sorry, I've been neglecting my blog in favor of posting on Facebook and Instagram (jeffvictorart). But here I am, back with a new series illustrating my top 30 movie characters of all time. Here we go!

I first saw this movie in the theater as the second part of a double bill with Wild Wild West. Suffering through that Will Smith debacle was worth it however, because the Iron Giant turned out to be an animated masterpiece. I knew Brad Bird from his work on Family Dog, but I wasn't prepared for how moved I would be by the end of his debut feature. The animation was irresistible, and the Giant was utterly charming. I became an instant fan of his warmness and sensitivity, and that's why he ranks high on my list of best movie characters.

Who's your favorite film robot? Let me know in the comments and tune in tomorrow for number 29 in the countdown!