War of the worlds 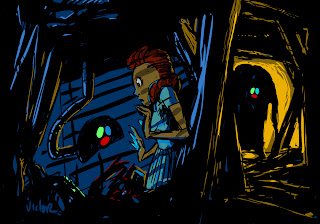 Hey gang--today's movie pic is War of the Worlds, the 1950's classic produced by George Pal. Cought a special anniversary screening the other day, which was fantastic, since I finally got to see it on the big screen. It still holds up remarkably well today, and I even got to meet Ann Robinson, the star of the movie. She was really nice and autographed my War of the Worlds poster.
As for the art, I wasn't really happy with how the final was looking, so I'm posting my sketch, which for some reason has a lot more energy, despite not being very polished. My first instinct was to draw the Martian death machines, but that's been done to death, so I wanted to do something a little different...hope you like it!
Posted by Jeff Victor at 3:42 PM 4 comments:

Here's the second half of my Marvel Masterpieces Card Series. While the prior set focused on Bubbleheads, this set featured me unable to decide on a style to draw in. :P
Posted by Jeff Victor at 1:06 AM 2 comments:

Hey Gang- in case you didn't know, I was commissioned to do a series of trading cards for Marvel/Upper Deck called Marvel Masterpieces. Here a bunch, but not all of the cards I did for them. These 'sketch cards' are hand drawn in marker right on the card itself. Literally one of a kind. And just think, someone, somewhere will discover one of my cards in their pack and exclaim, "Wow! An original piece of Marvel art by Jeff Victor! How much do you think this will go for on ebay?!"
Posted by Jeff Victor at 12:59 AM 9 comments:

All you have to do is dream... 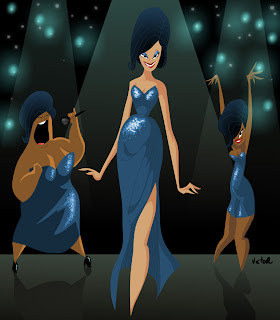 Hi gang. I'm waiting on approval from Marvel to post my Marvel Masterpiece Cards, but in the meantime, I thought I would try a new blog idea. In an effort to be more inspired, I'm taking whatever movie I see in a particular week, and doing an illustration from it. This weeks movie is Dreamgirls, which I cought at the the Academy of Motion Picture Arts and Sciences. It's a beautifully made movie and although Jennifer Hudson (deservedly) got all the attention, the entire cast is first rate.
Posted by Jeff Victor at 10:10 AM 1 comment: 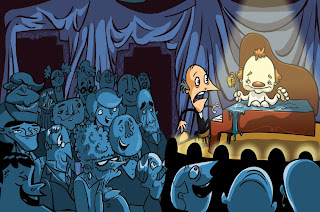 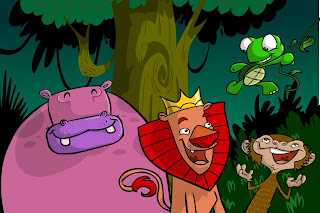 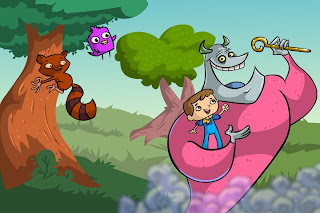 Hey gang--here are some illustrations done for East West DVD, and commissioned by Karswell, purveyor of the coolest horror comic website ever. It's called The Horrors of It All, and if you aren't yet a fan, check it out here.
Posted by Jeff Victor at 2:40 PM 3 comments: 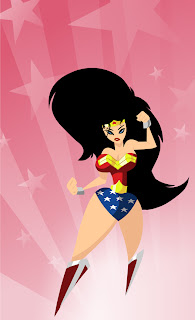 Wonder Woman is wondering where she parked her invisible jet...
Posted by Jeff Victor at 9:56 AM 5 comments: