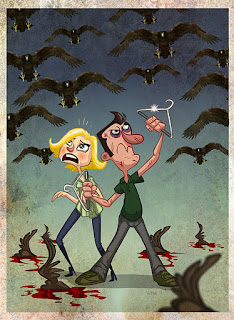 I only made it like 10 minutes into this film... and your image is vastly superior.