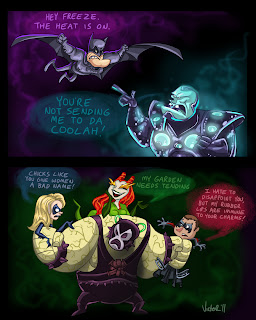 haha, these are great! i especially like the bane drawing. ugh, what a terrible, terrible movie.

how in the hell did I miss this...
Fantastic...