The Evolution of Mel Brooks' Films 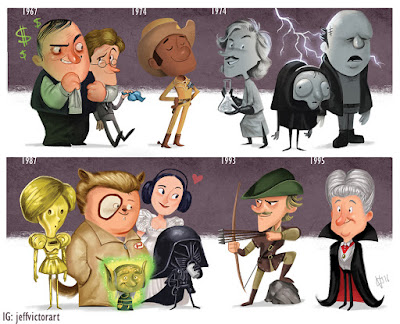 One of the most legendary comic talents of the 20th century, Mel Brooks has done it all. Movies, theater, television, radio, and on and on. I wanted to pay tribute to this comedy master by depicting some of his most iconic characters from the films he directed. Do you have a favorite Mel Brooks movie? Let me know what it is in the comments!

Augh! That's a toughie. It's a 3-way tie between Young Frankenstein, Spaceballs and Robin Hood: Men in Tights. However, I recently watched To Be or Not to Be and that had me cracking up. Love me my farces!!