CLASSICS OF CRAP: VOLUME 21-The Island of Dr. Moreau 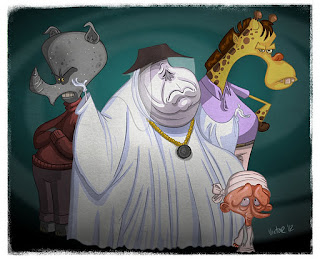 Hello out there to all you fans of crap cinema. For this week's Classics of Crap we are going to look at one of the embarrassing last movies of one of the all time acting greats. The Island of Dr. Moreau was one of Marlon Brando's strangest performances, acting in a muumuu and pancake makeup alongside a kooko for cocoa puffs Val Kilmer, and a ton of guys dressed as half men, half animals. You see, Brando plays a mad/evil(?) scientist that tries to perfect humanity by combining their DNA with that of animals. I would have read a few self help books, but be that as it may, his experiments don't end well. The "man-animals" (Terl, is that you?!?) revolt and take their revenge against him and his scientific hubris. The whole, don't mess around with nature or it will kill you story, but this time with hyena men firing uzis. This movie is so bananas insane wonky ridiculous, you can't help but enjoy it. Best part- anytime Dr. Moreau's creepy little assistant is around. This character was actually the inspiration for not only Mini Me in the Austin Powers franchise, but also the tiny sidekick character for Dr. Mephisto on South Park. Still not convinced to watch this movie? HE GETS NAKED. You're welcome. 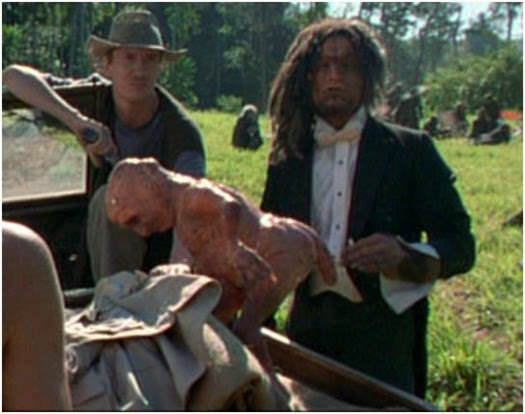 Bueno... Keep on cranking out the Illos.