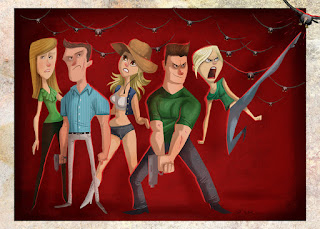 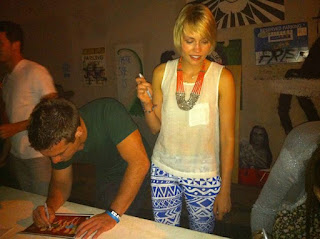 Hey guys! Instead of my usual Classics of Crap this week, I thought I would do a little something different. This is an illustration commissioned by the producers who saw my earlier Birdemic art here. This new art was made into an exclusive print to promote the, as of this post, unreleased movie. I'm including it as an honorary Classic of Crap, because, come on, how could this movie be anything but an awesome/awful disaster? If you haven't seen the original Birdemic, it's one of the best "So bad it's good" movies ever. Fingers crossed that lighting will strike twice! (Bonus pic of the cast of Birdemic 2 signing copies of my print at a promotional event in Hollywood.)
Posted by Jeff Victor at 5:01 PM